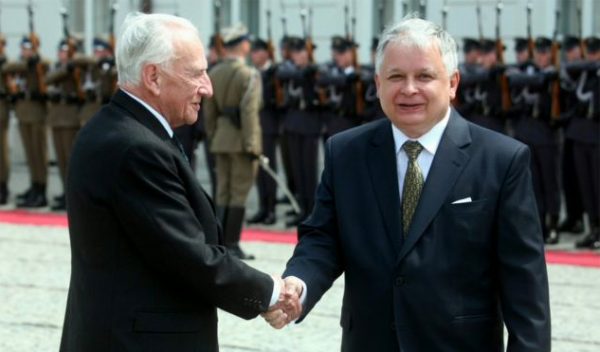 The Sovereign Order of Malta’s presence in Poland dates back to the 12th century, when Prince Henryk Sandomierski founded a commandery in Zagość, which was destroyed during the Mongol invasion. Knights of St. John participated in the battle of Legnica on 9 April 1241, and monuments bearing witness of it can be found in Silesia, Pomerania and the areas of the Brandenburg Bailiwick, now belonging to Poland. In 1774, the Grand Priory of Poland and Lithuania was formed. It belonged to the Anglo-Bavarian Language and was banned after the Third Partition of Poland.

Following Poland regaining its independence in 1918, the Association of Polish Knights of Malta was established in Poznań on 21June 1920. Its members participated actively in the fight for an independent Polish State, taking part in the Polish army, the Greater Poland Uprising and the defense of Lviv.

During the interwar period, the Association of Polish Knights of Malta operated hospitals in Rychtał, Rybnik and Ołyka, and on 7 September 1939 opened an “ad hoc” military hospital on ul. Senatorska in Warsaw (now the seat of the Belgian embassy) to care for victims of the Siege of Warsaw. During its five years of operation until the Warsaw Uprising, the Order of Malta hospital provided assistance to ca. 15,000 wounded and sick people, and training to over 400 nurses and 500 volunteer staff.

Between 1945 and 1989 the Order of Malta was banned to conduct any activity in Poland. After 44 years in exile in London, the Association of Polish Knights of Malta resumed its activities in Poland following its first post-war Convention at the Royal Castle in Warsaw on 14 October 1992.

Diplomatic relations between the Sovereign Order or Malta and the Republic of Poland were established on 9 July 1990. A postal agreement followed on 18 April 1991 and, on 14 May 2007, both governments entered into a cooperation agreement with regards to healthcare and humanitarian aid. The agreement was ratified and expanded upon by a common declaration signed in Rome on 7 December 2018.

Link to the Association of Polish Knights of Malta website: www.zakonmaltanski.pl

The following official and state visits have taken place between the Sovereign Order of Malta and the Republic of Poland: